Continuing with my reciprocal guest blogging, I'd like to introduce to my Overlords fans, Vonnie Winslow Crist.  I had the honor of appearing on Vonnie's blog as her first male blogger and tackled the subject of the Male Fantasy Hero.  Today, Vonnie delves into the importance of the perfect setting for a winning science fiction and/or fantasy story. 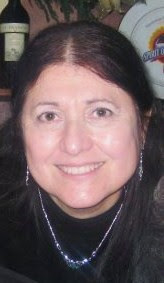 by Vonnie Winslow Crist
First, thanks to Michael for inviting me to guest post. And now, why I think location matters.
As a fan of fantasy and science fiction, I’ve found that although characters, plot, and dialogue are vital to a genre story — the location where a story is set has a tremendous impact on the success or failure of the completed project. The setting of my epic YA fantasy novel, The Enchanted Skean, on the pre-technology world of Lifthrasir determined the characters' occupations, education, weapons, means of transportation, and more. Plus, it made using magic more believable. 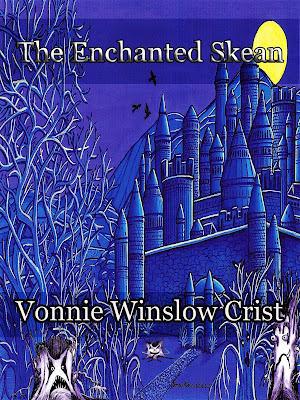 Some readers and writers might be shaking their heads, but those of us who’ve tumbled with Alice down a rabbit hole, walked with Lucy through a wardrobe, or stepped with a character through a looking-glass, know location often decides the direction of a story.
Without The Shire, the Mines of Moria, Rivendell, Helm’s Deep, Mordor and the rest of Middle-earth, J.R.R. Tolkien’s fantasies wouldn’t be the same. Many of the challenges faced by Bilbo, Frodo, the other Hobbits and their companions are a result of the places where they find themselves while on their journeys.
When George Lucas imagined the adventures of Luke Skywalker he took us from the wastelands of Tatooine to the forest moon of Endor, the swamps of Dagobah, the interior of the Millennium Falcon, the ice world of Hoth, the Cloud City of Bespin and dozens of other locations in the vast galactic sprawl of moons, asteroids and planets that are home to the Star Wars saga. The contrasts in the various settings gives rise to action, encourages character development, and helps the reader “suspend their disbelief.”
Another favorite of mine, Neil Gaiman, chose the sidewalks, pubs, and subways of a city in Great Britain for his Neverwhere. He knew the claustrophobic closeness of tunnels, subways, apartments, and urban nooks and crannies would make a difference in the feel of the story. Likewise, when he wrote about Wall and the world of Faery that existed next to it, the settings made a difference in what it meant to locate a fallen star in Stardust.
And what about Harry Potter? J.K. Rowling’s decision to have Harry travel from a cupboard under the stairs to Hogwarts, Diagon Alley, the Weasley home and the rest of the author’s wizard world gave rise to the change and growth of Harry, the dialogue, the other characters, the antagonists, the plotlines, and more.
In each of these examples and countless others, location is one of the keys to the success of the story. In my novel, The Enchanted Skean -Book I of the Chronicles of Lifthrasir, the seaside city of Queen's Weather, the graveyard in Ulfwood, the Sheercliff Mountains and Canyons of Kabeth, the abandoned fortress of Raven's Haunt, and other locations are important elements. Each locale's flavor adds not only a touch of reality to the fantastic, but a familiar presence for readers. How many of us haven't visited a port city, a graveyard, or the mountains? Or seen an abandoned building?
And while The Enchanted Skean has been described as a “Young Adult novel filled with action, adventure, and memorable characters,” I believe the location: the highways, pubs, ships, cities, forests, and battlefields of Lifthrasir are important elements of the book that help shape the story.

For a taste of the world of The Enchanted Skean, here's the link to a 3-chapter excerpt:
http://vonniewinslowcrist.com/books/the_enchanted_skean_excerpt  and a link to the novel's book trailer: http://www.youtube.com/watch?v=3-8C9OkyJCU

You can find The Enchanted Skean and other books by Vonnie Winslow Crist on Amazon: http://tinyurl.com/Vonnie-Winslow-Crist-Amazon and elsewhere.
Born in the Year of the Dragon, Vonnie Winslow Crist has had a life-long interest in reading, writing, myths, folklore, fairy tales, legends, and art. A firm believer that the world around us is filled with miracles, mystery, and magic, Vonnie still sees fairies amidst the trees, mermaids on jetties, and ghosts and goblins of all sorts in the shadows.
Visit her website: http://vonniewinslowcrist.com and blog: http://vonniewinslowcrist.wordpress.com
Become her friend and fan on Facebook: http://facebook.com/WriterVonnieWinslowCrist and
Goodreads: http://www.goodreads.com/vonnie_winslow_crist
And follow her tweets: http://twitter.com/VonnieWCrist
Posted by The-Overlords.com at 8:07 AM

Thanks again, Mike. I hope your readers enjoy the post.