Mike:  Hi, Carol .  I’m happy to have yet another Association of Rhode Island Author (ARIA) to introduce to my Overlords fan base.  As with the others, we’re going to do an old fashioned interview. Here we go!

Carol: Carol Desforges, is a retired science teacher who is constantly on the go: participating in community volunteering, writing family sagas, golfing, teaching Mah Jongg, running Mah Jongg Tournaments, attending book tours, and managing family commitments. Though she was born in New York, Rhode Island has been her home since 1967 when she attended the University of RI. She currently lives in North Providence on a golf course, her unit is on the first hole.


Mike: What are you working on these days and what’s the current status of that project?

Carol: I am currently writing my third novel in a series about the dysfunctional Shugrinsky family. This novel will incorporate fantasy.

Mike: Can you tell the audience what inspires you to write?

Carol: I began a story to help a 23-year-old girl learn what is means to come to a resolution with a dysfunctional parent. The story grew and grew until it became a novel. I became hooked on the story of a dysfunctional family.

Mike: What genre do you enjoy writing the most?

Mike:  Any upcoming projects we should now about?

Carol: Don’t have a name for the third novel dealing the Shugrinsky family.

Mike:  OK, time for some quick ones, ready?  Favorite movie?

Carol: Being There and the Sleeper.

Carol: My adopted children find that my version of American Chop Suey and Chicken Matzah Ball Soup are the comfort foods they remember fondly. I became excited about cooking when I learned to make pie crust and other desserts in a course at Johnson and Wales. Prior to that, my desserts were disasters. My strawberry shortcake was more like a hockey puck than an edible biscuit.

Mike: Favorite place you have ever visited?

Mike:  Favorite book, and no it can’t be one of yours!

Carol: Happiness is learning to deal with life’s stressors effectively. Life becomes worthwhile when you have a symbiotic relationship with others, being a support to others while letting them be a support for you.

Mike:  Carol, thanks for being part of this great blog series.  Please follow the links below to get in touch with Carol and most importantly, buy her books! 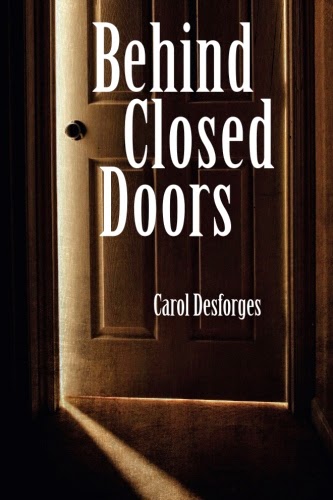 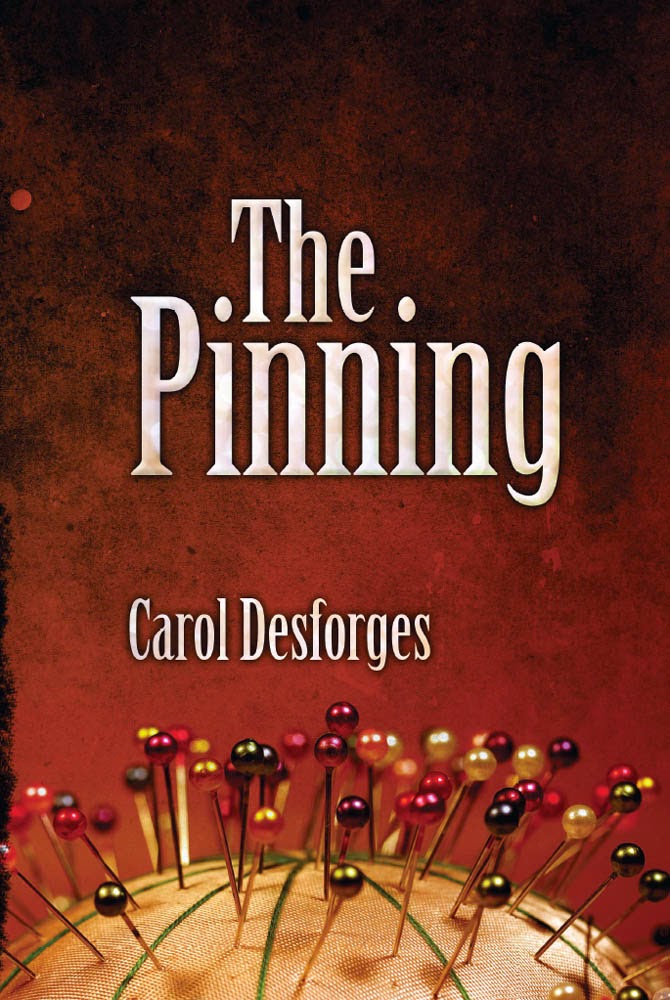 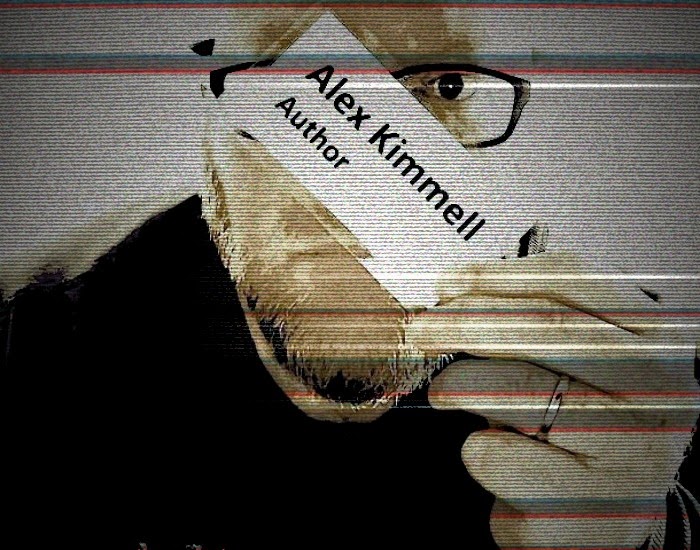 Mike:  Hi, Alex.  I’m happy to have a horror author to introduce to my Overlords fan base.  We’re going to do an old fashioned interview, OK?  Here we go!

Mike:  Alex, please introduce yourself to my Overlords fans with a little information about you and where you’re from.

Alex:  Hello! Thanks for having me Mike. My family moved here to Rhode Island about four years ago from Los Angeles. I have a wonderful wife, two kids and two dogs. I enjoy bread, cheese, short walks on the beach and horror. I currently have two books available through Booktrope Publishing titled “the Key to everything” and a collection of short stories called “A Chorus of Wolves”.  Gonna brag a little here, I’m very excited to say that both have reached the top ten of Amazon’s Kindle Horror list.

Mike:  What are you working on these days and what’s the current status of that project?

Alex:  I am working on a new novel called “The Idea of North”. Hopefully the first draft will go for editing in the next few months. Keep your fingers and spleen crossed! I also have two other books in progress that I’ll be diving into as soon as TIoN is finished. There are short stories floating around here and there as well.

Mike:  What drew you to the horror genre?

Alex:  I’ve always read a lot. Even as a kid I couldn’t ever be without at least two or three books going at the same time. My dad started giving me the science fiction books that he read as a kid like Heinlein, Azimov and Arthur C. Clarke. My favorite parts of those stories always seemed to be the more frightening aspects. I had recurring nightmares growing up too. So I guess when I found Stephen King and Clive Barker they made me feel at home. It was a natural progression.

I vividly remember reading “Pet Semetary” alone in the house. The cover of the paperback version had a cat on it that looked eerily similar to our family cat Taffy. I was sitting in a chair in the family room finishing the last page and she jumped on my lap. I screamed and threw the book across the room. From that moment on I think I’ve always been chasing that adrenaline flood.

Mike:  Have you created any creatures that scare even you?

Alex:  I don’t think I would write them down if they didn’t scare me. I certainly will never look at a squirrel the same way again!

Mike:  What horror author, or any writer for that matter, inspired you most?

Alex:  The author that inspired me the most growing up was Ray Bradbury. One of my prized possessions is the copy of The Martian Chronicles that he signed for me. I could make a list of authors that I love that would take days to go through. So I’ll just name a few… Harlan Ellison, Stephen King, Bentley Little, Tom Piccirilli, Mark Z. Danielewsky, John Ajvide Lindqvist, Richard Matheson, Michael Marshall Smith and on and on.

Mike:  Alex and I shared a table together at the RI Authors Expo, which we immediately dubbed the dark corner.  What are the most memorable writers conferences and/or expos you have attended?

Alex:  Since I am relatively new to this game, the only conference/expos that I’ve attended were the RI Authors Expo and the Scituate Art Festival.

Mike:  Any upcoming projects we should now about?

Alex:  I plan on releasing “The Idea of North” later this year. I’m also in talks to create a graphic novelization of my short story “A Chorus of Wolves” with a spectacular artist. And I’m hoping to work with a film company to adapt another story of mine into a short film. As I mentioned before, please cross your fingers and spleen for me!

Mike:  OK, time for some quick ones, ready?  Favorite movie?

Alex:  Whatever my kids will actually eat!

Mike:  Favorite place you have ever visited?

Alex:  Much like authors, there are too many to name. Elbow, Mogwai, Keith Jarrett Trio, Paul Weller, The Mountain Goats, The Beatles, Olafur Arnalds, The Posies, Jellyfish, The Damnwells and on and on…

Mike:  Favorite book, and no it can’t be one of yours!

Alex:  You’re killing me here! “House of Leaves” by Mark Z. Danielewski I read it a least once a year. There is always something new and exciting to find inside its labyrinthine pages.

Mike:  Alex, thanks for being such a good sport!  Is there anything you would like to leave my fans with?

Alex:  I would like to leave them all with copies of my books to read, but I can’t afford that! ;-)

Be happy, be loving, be peaceful, be giving, be kind and read independent authors! Especially horror books!

Mike:  Alex, thanks for being part of this great blog series.  Please follow the links below to get in touch with Alex and most importantly, buy his books! 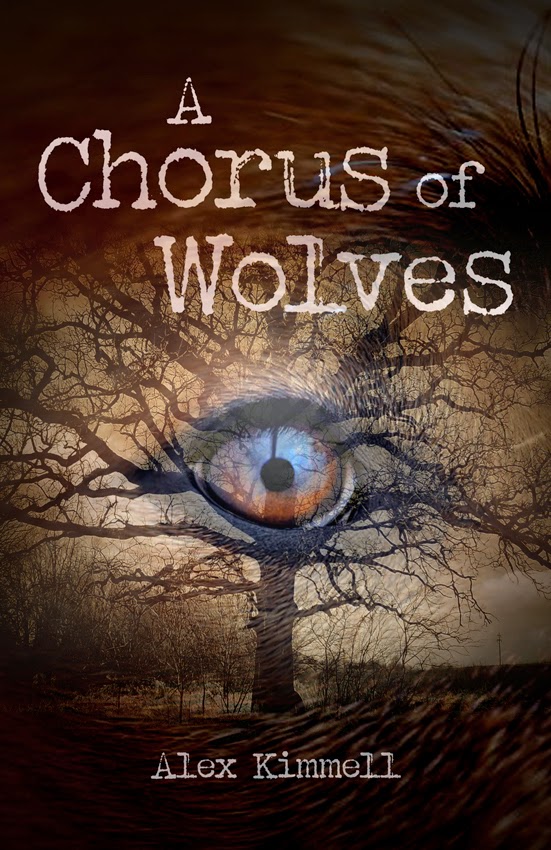 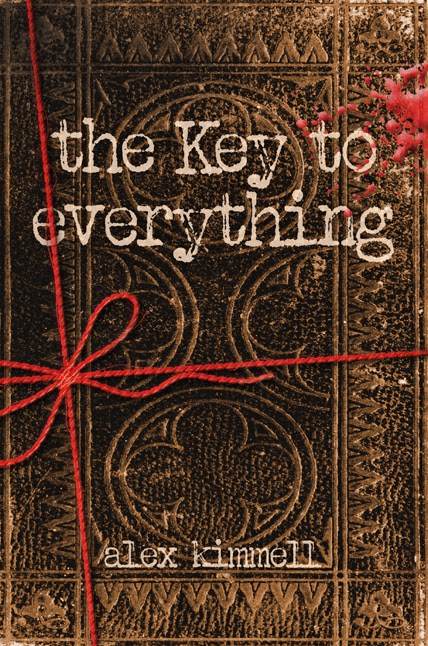 Alex's website is currently being rebuilt. For the time being the address is: